Regarding the “Myth Of the Bug Out Vehicle”

So a recent article has been filed over at AllOutDoor, it’s here if you want to take a gander at it.

The first line of that article is basically an abstract, and it covers what the entire article is about:

“In the survivalist community there is a mindset that you need a special vehicle to evacuate (bug out). The bugout vehicle is a myth. To even talk about buying a “special” vehicle for bugging out is a waste of time and resources.” – Kevin Felts (see above link for citation).

Yet again there’s a quickie article written by someone that either doesn’t have the experience or is writing nothing more than an article designed to get folks to read a page (hell, it worked on me, lol). Some of the articles that are done like that are worthy ones, imparting decent information, but all too many of them really don’t help too much.

Here’s the reality, Mr. Felts: Everyone has a different situation. Some folks will be well served by nothing more than a commercial off the shelf solution that’s common, something like an unmodified van, 4 wheel drive car or truck. Others will need very specialized tools for their bug outs, transportation, etc. To issue a blanket statement that says “…it’s all a myth….”, is BS and an easy way out.

The main issue I have with this is for the folks that are just starting out, who might really need a specialized solution and are using articles like Mr. Felts’ to identify tools and solutions. They’re definitely getting a disservice done to them.

Do your due diligence folks, do your research before making any big decisions.

Those decisions can be critical ones, and ones that’ll either optimize your capabilities, or one that’ll bite you in the ass later on when you really need that tool.

The Unimog S 404….an older article

The Mercedes Benz Unimog
By Greg Trent, ©1994
The Mercedes Benz Unimog, in all of its variants, has a long and illustrious history as one of the worlds best light-medium duty rough terrain cargo vehicles. Originally developed as part of the post war Morgenthau plan, the Unimog was originally envisioned as a do everything vehicle, with the first ‘mog having a capacity for multiple PTO’s, crawler gears, all sorts of attachments, etc.

The original idea arose from Albert Friedrich, director of aviation motor development at Daimler Benz. Due to the post war demands for an agricultural tractor, the first working drawings were made in the offices of Erhard and Sons. In only eleven months, the first Unimog prototype was completed.

Initial tests proved that the little tractor was superior to anything that existed, so plans were made for immediate production. Daimler Benz, the home of the idea, was only to produce the motor, due to restrictions imposed by the post war occupying forces. The economy of Germany was in shambles, with many manufacturers scrambling to find products that would be permissible to the post war government, and it was to one of these, Boehringer Brothers in Swabia, that the Unimog design team would go. The first Unimog to actually go public was shown in August of 1948, and in 1949 the first commercial deliveries were made. Boehringer Brothers was eventually permitted to return to its original product, tooling, after producing only 600 Unimogs. At this point Mercedes Benz stepped in and relocated the whole Unimog design and manufacturing complex to their Heavy Truck Works, located in Gaggenau.

Present day models go all the way from the U 600 (4.5 to 5.8 ton GVW) up to the high capacity (12.5 ton GVW), high mobility U 2150L. Undoubtedly by now, since I’m still in the process of gathering info, bigger units are available. However, the model that most enthusiasts in the U.S. are familiar with is the Unimog S 404. This vehicle was built for military use, under a NATO contract, and designated the Unimog S 404.1 Another variant was produced for the civilian market, and was designated the Unimog S 404.0. Production dates for the two types were 1951 to 1980, with the bulk of them being produced 1951 to 1977. Total production run was on the order of 64,242 units.

Both of the S404s are gasoline powered, with the 404.1 using a Mercedes Benz M-180 engine, and the 404.0 using the M-130 series engine in addition to the 180 series. Both engines are gasoline fueled, vertical in-line sixes. On the 130 series motor, the standard induction system was a dual carburetor design, vs. the single Pallas-Zenith cross country carb on the NATO version. There are some differences between the two variants, with the S404.0 having a higher level of creature comforts, air assist hydraulic brakes, hydraulic-mechanical clutch and a different cab design.

Since the Unimog S was originally developed for the military, rough country operation was a critical part of the design process. To keep ground clearance high, large wheel diameters and portal axles are used. (If you don’t know what a portal axle is, it’s the type of system that the AM General chose for the Hummer, basically instead of a direct line out to the wheel from the differential, the axle is offset to the top and uses a gear cluster to drive the wheel. Advantages are increased clearance, and you can play around with gear ratios) To keep the center of gravity low, the drivetrain is mounted as low as possible. The Unimog, in addition to these points, is of course four wheel drive, with the transmission and both differentials having the capability to be fully locked. Locking is accomplished via a mechanical linkage. In addition to this is the capability to withstand an extreme amount of frame flex, under tough conditions. I’ve seen the cab and bed out of line maybe sixteen inches. Mounting points for the cab and bed are arranged in a triangular format for almost unlimited flex. All of the Unimog models, not just the S series, have these features.

The transmission does not have a transfer case, since the system is fully integrated. The only tranny offered in both the military and civilian model is a six speed (six forward, two reverse), fully synchro’ed unit with full time rear axle drive and shift on the fly front axle. Control of the locking is accomplished by a single lever in the cab, pull up on the lever for four wheel drive and pull up again for locked operation. The unit can, in addition to these features, be locked or unlocked at any speed.

The S series commonly has an optional engine driven compressor for trailer brakes, with the 404.1 having an additional port on the side of the vehicle for airing tires up or down. The electrical system is a standard NATO 24 volt, with two batteries, and a generator putting out 900 watts.

Cabs for the S series are both hard and soft topped, with the soft top seeming to be a lot more common, at least in the military versions that I’ve seen. In addition to the two seater version there is a four door version available, and from what I’ve heard they were used generally for driving school and command applications. The four door versions also seem to have been used a lot harder than the two door, but then I guess driving school students have never been too careful. Still, even with the harder use, the four doors are still worth more due to a limited production run. Soft tops are fully removable, with fold down windshields and removable doors while the hard tops are commonly available with passenger side roof hatches. The most common military option for the rear is a simple flatbed, used for either cargo or troops. The other commonly seen rear is a box, used either in an ambulance or radio role. These boxes are available both in high and low profile styles. The only option that I have seen for the civilian version is a flatbed, but then a lot of people wind up modifying whatever rear unit the truck comes with to meet their own needs. Other optional features for the S series are various PTO devices, with possible drives coming off the front (low speed), rear (high speed), sides and straight down. The most common applications are front mounted winches and rear mounted water pumps for the fire fighting trucks. Crawler gears are also a possibility and will give you an incredibly low final drive ratio. Engine and battery preheaters can be supplied, along with arctic and desert kits.

We’ve all got things to be thankful for, even if it takes some of us a while to identify them.

So here’s to you folks – enjoy your time today!

Short and simple, It’s the engine, not the machine.

Take a few minutes today to sit and ponder what sacrifice means…..

So the trailer project is semi-complete, and a success…

I’ll add in some pics later today, but I made a four hundred mile run with the trailer, loaded with a Steyr-Puch Haflinger, ramps and what not.

Worked out perfectly, towed nicely, hubs ran cool, and the Haffy had zero issues getting on and off the trailer using the ramps.

Ah, what the heck..here’s some raw video from a drone, the trailer is later in the video, but for those of you gear heads there’s some entertaining stuff earlier on.

One of those days…. 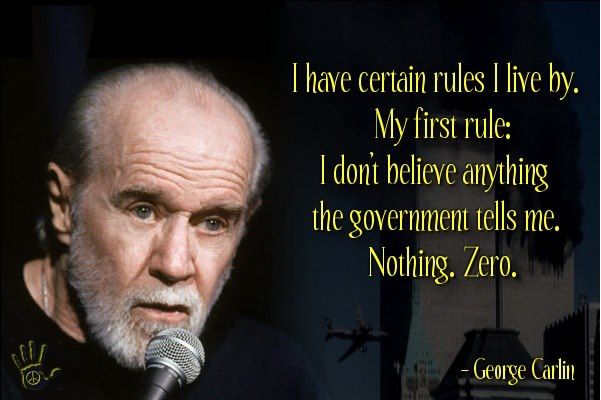 Time for a trailer project….

I bought one of the flatbed models, an M116A3 flatbed HMMWV trailer at a government auction. Side note – I miss the days of DRMO and even GL. Now that it’s Ironplanet, it’s not the same. But I digress.

It’s a flatbed model, rated at 3/4 ton, comes with a surge brake, separate parking brakes, and equipped with humvee tires and wheels, this will make a fine little unit to tow behind our 4×4 RV, carrying extra supplies, food, water, and acting as a hauler for our Steyr Puch Haflinger.

I posted earlier on the method I used to get those freaking tires mounted onto the HMMWV rims (ya gotta get a bead seater, I’m tellin’ ya!) so that’s one thing less to deal with.

First step was hacking the wheel wells to the right width to fit the Haflinger, now it’s on to bending some steel and welding up some things. Then ramps, tie downs, etc.

Anyone that’s into self reliance probably has read something, or everything, written by Dr. Pournelle.

Dr. Pournelle’s site, Chaos Manor,  is here Chaos Manor, if you’d like to leave a message go to the “Well Wishing” portion of the site, all the way on the bottom of the page.

Quite a loss, the ‘net is a bit of a darker place now.

I’ll hoist a drink to his memory, sit around with some friends and discuss him and his works.

Sounds like Larry Niven isn’t doing too well either, and so it goes….

Posted in Uncategorized | Leave a comment
Must Read Alaska

Cozy, outdoor experiences in an ever changing world.

Knuckledraggin My Life Away

The Price of Liberty

wwii equipment used after the war

The Truth will set you aflame.

Learning to Live After Loss

INSIDE NEWFOUNDLAND AND LABRADOR ARCHAEOLOGY

Digging through the files...

The Ultimate Answer to Kings